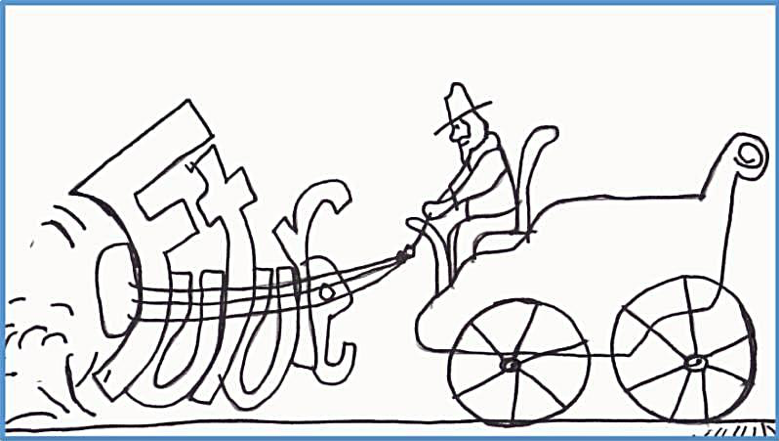 Sometimes the best and quickest way to communicate an idea is to paint a picture with words. Metaphors and other evocative language can create ‘aha’ moments for readers with minimal explanation. But as with any tool, there are some important safety rules to follow — because evocative language, when misused, can cause confusion or undermine credibility.

The malevolent ‘malaphor’
A malaphor is a metaphor whose parts don’t add up. It may sound like a familiar phrase, but the meaning is jumbled. Consider:

“Harnessing the future”
Things often get “harnessed” in marketing copy, suggesting something powerful brought under control. But not everything is harnessable — especially not abstract concepts like “the future”. If the point is about accelerating progress, an apt alternative might be, “…leaping forward into the future.” Or maybe no metaphor is needed, e.g., “…realizing the possibilities of the future.”

“Spurring the landscape”
Spurs create drive. Landscapes indicate environments: commercial, technological, political. While you might drive change that alters a landscape, the landscape itself isn’t going anywhere (one would hope!). One thing these examples highlight is that when metaphors become commonplace it’s easy to forget their metaphorical nature. So a first step to using them correctly is recognizing them for what they are. Verbs like leverage, channel, carve, drive, propel, conquer and capture (the list goes on) are all metaphors.

Mixed metaphor mashups
Effective metaphors are logically consistent. When two or more get used together, that logic can get tangled:

“As we navigate the coming months, we will forge partnerships and topple barriers.”
This certainly conjures up an image: someone clutching a map, stoking a fire and knocking things over all at the same time. With metaphors, less is usually more.

“We push the envelope by leveraging out-of-the-box thinking.”
This combination of aspirational engineering phrase, Grade 9 physics term and creativity cliché conjures up an image like a Picasso still life: it might be fun to look at but there’s no clear meaning.

When logic breaks down
Sometimes when reaching for inspiration, writers inadvertently break the logic of an idea (we have plenty of our own discarded first drafts to prove it). Phrases like “excellence at its best” or “a masterpiece of brilliance” might sound lofty, but since excellence typically is “the best” and masterpieces are by nature brilliant, these say little.

To make sure evocative language achieves the impact you intend, take a step back and interrogate the logic of it. Use it carefully. And if you’re ‘wrestling’ with an idea you’re unsure of, contact us.